For Tina Narron, increasing the diversity of business owners is one of the biggest needs we face in the Seattle business community.

This is why she is an advocate for Business Impact NW, and even more specifically the Washington Women’s Business Center (WWBC).

The WWBC, one of the programs offered by Business Impact NW, provides free business training and workshops in an effort to increase the number of women-owned businesses and encourage profitability of those businesses.

“Being deliberate about supporting women-owned businesses puts actions to words,” Tina said. “Even if you aren’t a woman, it’s not hard to realize how hard it is to support everyone around you—to make sure the world is shaped in a way that supports inclusiveness.”

Tina, Chief Lending Officer at Verity Credit Union, is no stranger to working in a male-dominated field. With 30+ years in finance, Tina has seen many women over the years not be taken seriously or had opportunities to advance 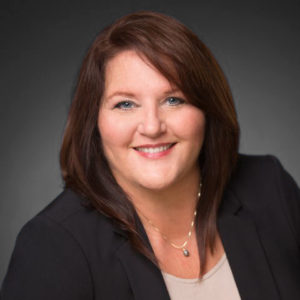 But with groups like Business Impact NW and programs like WWBC, things are shifting. In Seattle, women-owned businesses have increased 28.5% over the last 12 years. This shows programs are working and we need to continue doing more, according to Tina.

Through her work serving on the advisory board with the WWBC, Tina has also been able to help create workshop materials, lead financial education discussions, and serve as a mentor to business owners.

“It’s really important to have the training and the counseling,” Tina said. “But, I also enjoy spending time with people starting out. I enjoy mentoring people—even if they’re not in my field, I’m still able to help them.”

On Thursday, May 30, Business Impact NW is hosting the annual Celebrating Dreams event. It is the largest fundraiser for WWBC, but it’s also an opportunity to showcase different women-owned businesses and network.

“It’s been rewarding,” Tina said of the work she’s done with Business Impact NW. “I like to see people exceed with their dreams. Being any kind of a part of that just makes me feel good.”

Beyond the Washington Women Business Center, Business Impact NW also provides training and support for businesses operated by under-served groups, including veterans, communities of color, immigrants, and the LGBTQ+ community. This support can be anything from workshops to networking to small business loans. Verity Credit Union works closely with the organization by hosting workshops, sponsoring events, serving on program boards, and providing financial support.

“All of this helps people be part of the percentage that succeeds.” Tina said, adding later “Business Impact NW has great people… they’re so dedicated to making it work.” 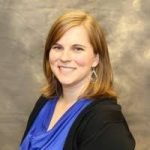 Kira joined Verity Credit Union in early 2012 after a seven-year stint as a newspaper reporter. She recently moved from being a member services representative at the Alderwood Branch to being the marketing coordinator for the credit union. She is originally from Texas, but has lived all over the country and the world, including Boston, Massachusetts, Anchorage, Alaska and Sydney, Australia.