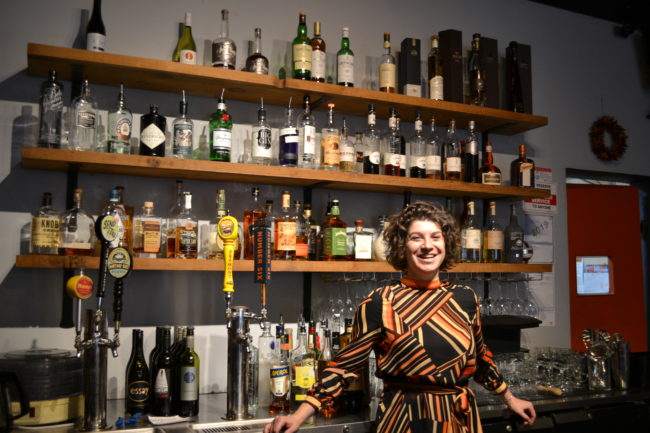 If you’ve got the right mindset, a tough economy can be the perfect opportunity to get creative with your business model. We sat down with Iulia Bejan of @ConnectLoungeSeattle to talk about the ups and downs of the past several months and her ideas for where she wants to take her business in the future.

In a time when being a small-business owner is rife with uncertainty, Iulia Bejan of Connect Lounge is anything but pessimistic. Her inability to succumb to negativity, combined with her vehement creativity, keeps her focused and excited about the future—no matter what it holds.

We last spoke with Iulia in December of 2019, when her business was at its most successful since launching a year prior (read Bejan’s three-part small business story here). But, nearly a year later, a lot has changed.

Now two years old, Connect Lounge—a bar and event space focused on bringing people together and fostering face-to-face conversation—is still in its infancy, according to Bejan. “We’re talking about a baby, here,” she says.

Over the past seven months, her business has had to flex and change through the economic ups and downs that have cascaded out of the Coronavirus pandemic. But despite all the pivoting she’s grown comfortable with, her business’s core mission is always there: to bring people together.

Getting comfortable with change

A viral pandemic is possibly the worst thing you can face as the owner of a business whose mission is to bring people together for face-to-face conversation. When quarantine started in March, Iulia had to think seriously about the lifespan of Connect Lounge in an economy that was rapidly going virtual.

Connect Lounge has a full kitchen, but Bejan knew the take-out-only service pivot didn’t make sense for a bar focused on human connection. So, Bejan started examining every angle of her business and how she could transform it into something new while staying true to her mission.

She started experimenting: First, she tried virtual happy hours. Then, once restrictions lifted, she turned Connect Lounge into a co-working space one day each week to give the work-from-home population a refuge from the home office.

To make use of Connect’s sizeable commercial kitchen—which has been sitting empty for months—Bejan is connecting with local independent chefs and caterers to rent out her kitchen as a prep space and pop-up restaurant venue. Recently, she hosted a (socially-distanced) “Taste of Romania” night to a sold-out crowd. She’s full of ideas, and she lets her creativity guide where her business goes next.

Pulling positivity from past experiences

Economic uncertainty isn’t new to Bejan, who emigrated from Romania in 2008. She arrived in America to face an uphill battle; a six-month-long job search in an unfamiliar country during an economic recession, all while dealing with struggles in her personal life. “That experience was fundamental to who I’ve become, even to this day,” she says, “It was the most difficult challenge I’ve had to face.”

She credits her resilience and positivity now to her ability to get through that period. “I was the most scared I’d ever been then,” she says, “But I came out of it.”

Her positivity is her biggest asset as a business owner—it got her through unemployment ten years ago, and it’s getting her through an economic shut down now.

Hope for the future

Bejan’s upbeat outlook is something she wants to share with the world—and as of late, she’s got a plan to do just that. With more time to herself, and with Connect Lounge minimizing operation hours, she has been taking professional coaching courses.

Change is something she’s grown comfortable with, and she wants to help others learn and grow from it, too. “I want to work with people who want to make a change in their lives, but don’t know how,” she says. As for Connect Lounge, Bejan doesn’t know what the future holds—a lot of that depends simply on the flexibility of her landlord. But, despite that uncertainty, she’s positive.

For Bejan, the future is full of possibilities, and she feels inspired by the constraints of the current moment to push through and move forward. “I think sometimes people don’t realize they have the power to move forward.” she stated.