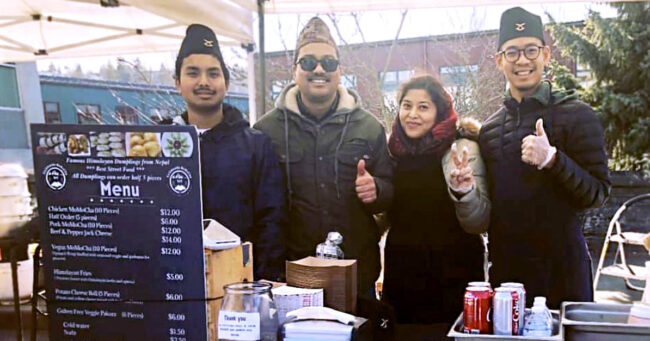 The best cure for homesickness is nearly always a bite of something familiar.

For Mandy Dangol, it was in search of familiar flavors that she arrived at her current business venture, Kathmandu Momocha. It was 2017, and Dangol had just arrived in Seattle from Nepal to join her husband. As a first generation immigrant, she was experiencing a lot of “newness” and missed home. So naturally, she went in search of the taste of it. 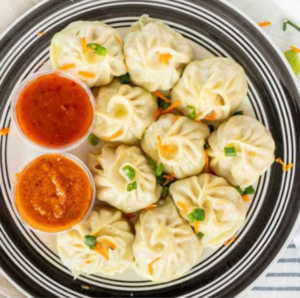 Mandy and her husband went hunting for classic Nepalese momocha, but to no avail. Nothing they found sated Dangol’s hunger for home-cooked food like the real thing. Immediately, they saw a business opportunity, Dangol says. Her husband had been in the restaurant industry in Seattle prior to Dangol arriving and was familiar with the market. “He did a market analysis and found that there was a gap we could fill by serving Nepalese momocha,” Dangol says. So they started to plan—she would head-up the business side of things, and he would serve as executive chef.

Her business is authentic—from the ingredients she uses to the experience she serves them in. Rather than opening a restaurant, Dangol wanted to go straight to the customer—which for her, meant launching in Seattle’s open-air farmers markets, events like food festivals, and pop-up markets—venues similar to the open-air markets of Kathmandu, where stalls traditionally serve momocha. “I wanted to go straight to the customer, rather than wait for the customer to come to us,” she says. She focuses on using all homemade ingredients and authentic Nepalese spices in everything she serves. In addition to dumplings, she also serves other traditional Nepalese curries and soups.

In December, Dangol graduated from Business Impact Northwest’s Grow & Thrive program. She says the program gave her the tools she needed to map out a detailed business plan to help Kathmandu Momocha grow into new markets over the next several years.

Alongside many food businesses, the COVID-19 pandemic has presented unique challenges to Dangol’s business model. Some markets she sells her products at closed for a period of time, while others banned hot food sellers for safety reasons. The changes prompted Dangol to pivot her business model—instead of preparing the momocha for her customers, she now sells frozen, pre-packaged dumplings and homemade hot sauces for preparation at home.

She says growth is an exciting prospect. For Dangol, introducing her community to the foods and flavors of her home is fulfilling. “Most of our customers are trying Nepalese food for the first time, so we get to explain everything to them—how we cook it, why we chose these ingredients, how to eat it,” Dangol says. “And people really like it.”

To learn more about Kathmandu Momocha or to order online, visit their website.

If you’re looking to grow and thrive in your established business, join our low-cost Grow and Thrive program. 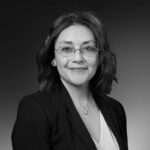