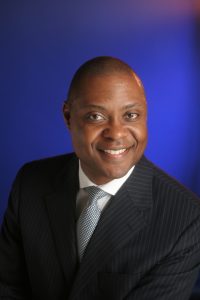 Then:
In 2008, Vinson Latimore had a personal mission to acquire and own a senior housing facility. He had never owned a business before, but armed with a Master’s degree in Healthcare Administration and experience in the health care industry, he found the ideal assisted living facility to take a look at. It would be three more years before he could purchase it.

Vinson was turned down by three different financial institutions, which is a common theme among startup entrepreneurs due to the risk involved. He had taken a few classes with Business Impact NW, then Community Capital Development, and was introduced to Business Counselor Rhonda DeVito. Rhonda became his champion of loan readiness, helping to put together a package that would hopefully receive funding. In the end, it was a “very challenging acquisition” says Latimore, due to funding needing to be leveraged from four different sources, including Business Impact NW. “Sometimes it was frustrating, there was so much involved…so many moving pieces with the four different groups” said Senior Loan Officer Roland Chaiton of Business Impact NW.

Now:
Vinson continues in his work with high-need seniors. He conveys pride as he describes what he does: “I don’t think it’s about what I do, I think it’s about the gift that’s given to me – I get the pleasure of making a difference in someone’s life. I’m blessed to be around the people we serve. I get the privilege of doing this.”

But it wasn’t all effortless after receiving funding. The process of business ownership has given Vinson “a lot of confidence and perseverance.” The first couple of years saw some tough challenges, like dealing with Medicaid reimbursement, staff hiring and retention and the changing minimum wage just to name a few. But Gibraltar Senior Living has been in business for 5 years and “now it’s time to look at acquiring additional facilities and remodeling our current facility” say Vinson.

Achieving his goal hasn’t just been personally fulfilling. By acquiring the senior assisted living facility in 2011, Vinson kept 26 Pierce County jobs, streamlined the processes of the facility to accommodate the intended number of residents – 46 – and accomplished his biggest goal – keeping seniors with a mental illness off of the streets with a high level of compassionate care.

“I’m super proud of this guy,” Roland says while clapping Vinson on the shoulder. Vinson smiles and proudly adds, “we didn’t give up —because we believe in our mission.”