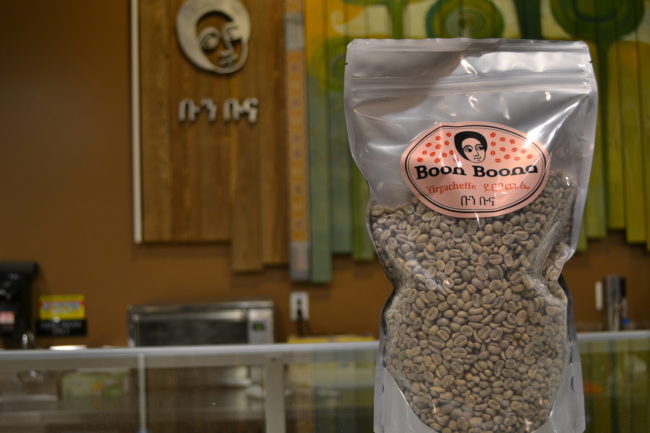 In 2011, Efrem Fesaha walked into a café in Asmara, Eritrea that roasted its coffee at night, so it had fresh beans available to make espresso in the morning…

“The smell of coffee inside a café is super rare. In most cafés you don’t even smell coffee,” says Efrem. “The whole experience really excited me!” Delighted by the smell of freshly roasted beans and inspired to bring the experience back to the Puget Sound, the dream for his future café Boon Boona was born.

Efrem began dabbling in coffee after college, but the aroma of roasted beans has filled his home since he was a child. “My mother has always roasted coffee at home, from a traditional perspective, from the Eritrean coffee ceremony. You take green unroasted coffee, pan roast it, grind it and throw it in the clay pot called the jebena.” 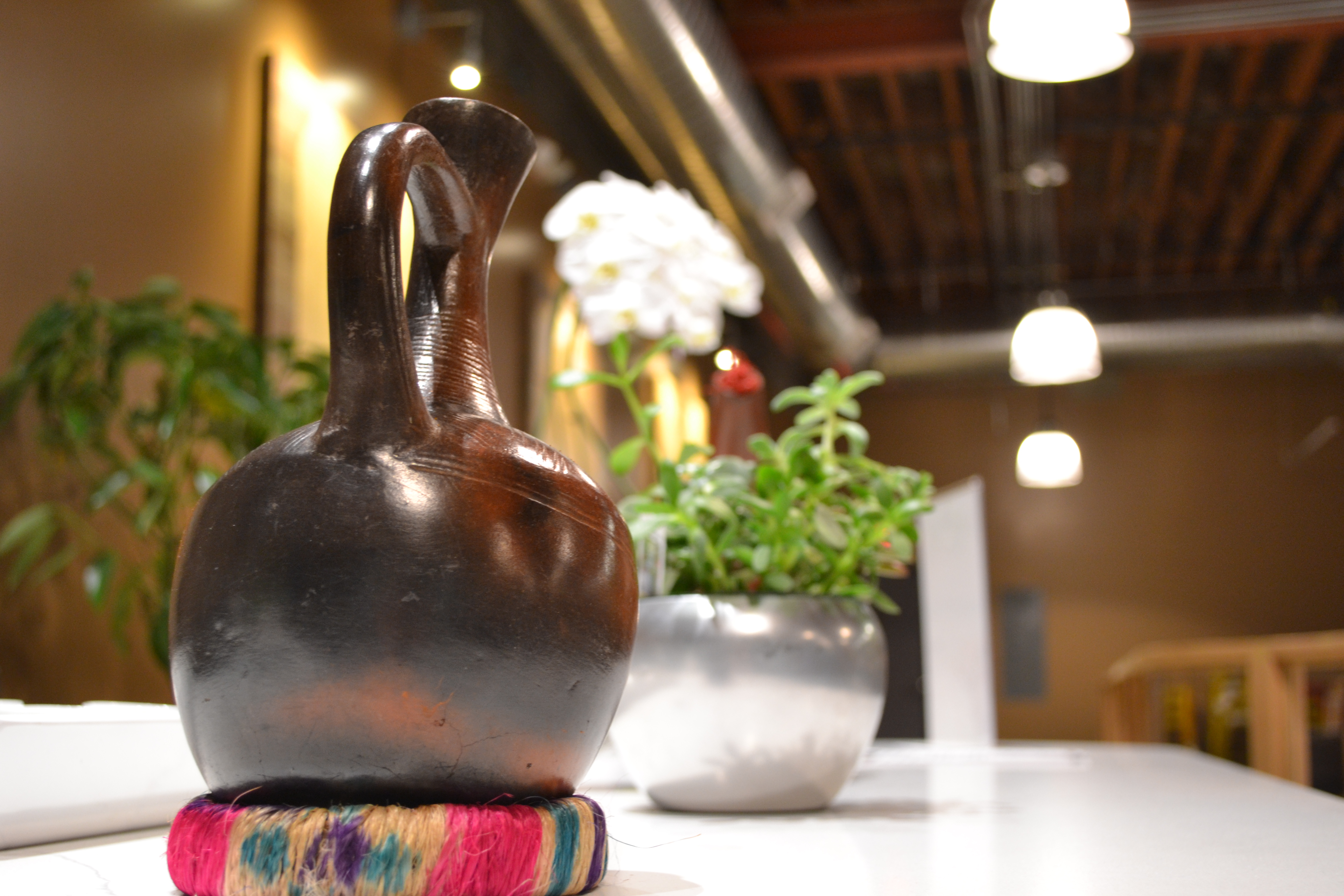 Noticing that his mother struggled to find quality beans, Efrem began sourcing green coffee from Africa and giving it to his mom. Efrem’s aunt and extended family heard about his mother’s connection, so naturally, he began sourcing more beans for his American relatives.

“I started to think about others who were in the same situation, who don’t have access to quality and consistency in their coffee beans and from there I started to reach out to farms in Ethiopia to see what it would take. At the same time I started working with folks here as well and learning more from the coffee side,” recalls Efrem. “About 2014, 2015 is when we really took off with our packaged green coffee, our unroasted coffee, and putting it into grocery stores throughout Seattle both in the south end, north end, primarily at the stores where East African demographics were shopping for green coffee. Green coffee isn’t something you just find at Whole Foods or QFC.”

His green coffee business sustainably grew from there, expanding to area festivals and events that cater to Ethiopians and Eritreans, as well as stores in the Bay Area, L.A., Atlanta, Vancouver and Toronto

Anchored by an approach to growth in which each stage must justify the next, Efrem then got into the business of roasting. “One foot in front of the next,” he advises. Approached by friends at Anchorhead Coffee Roasters in Duvall, Efrem began roasting his coffee. “They’re like brothers to us. They would roast the coffee that we sourced.”

The next step was to open his dream café

On January 7th, the same day Efrem began his MBA at Seattle University, he opened the doors to his new café Boon Boona in downtown Renton. Community members have been coming out in droves from as far as Tacoma and Everett to support Renton’s first specialty roaster. “We had a customer base that we had been servicing for some time already who had gotten to know us over the years and were really supportive of us,” says Efrem of Boon Boona’s inaugural weeks. 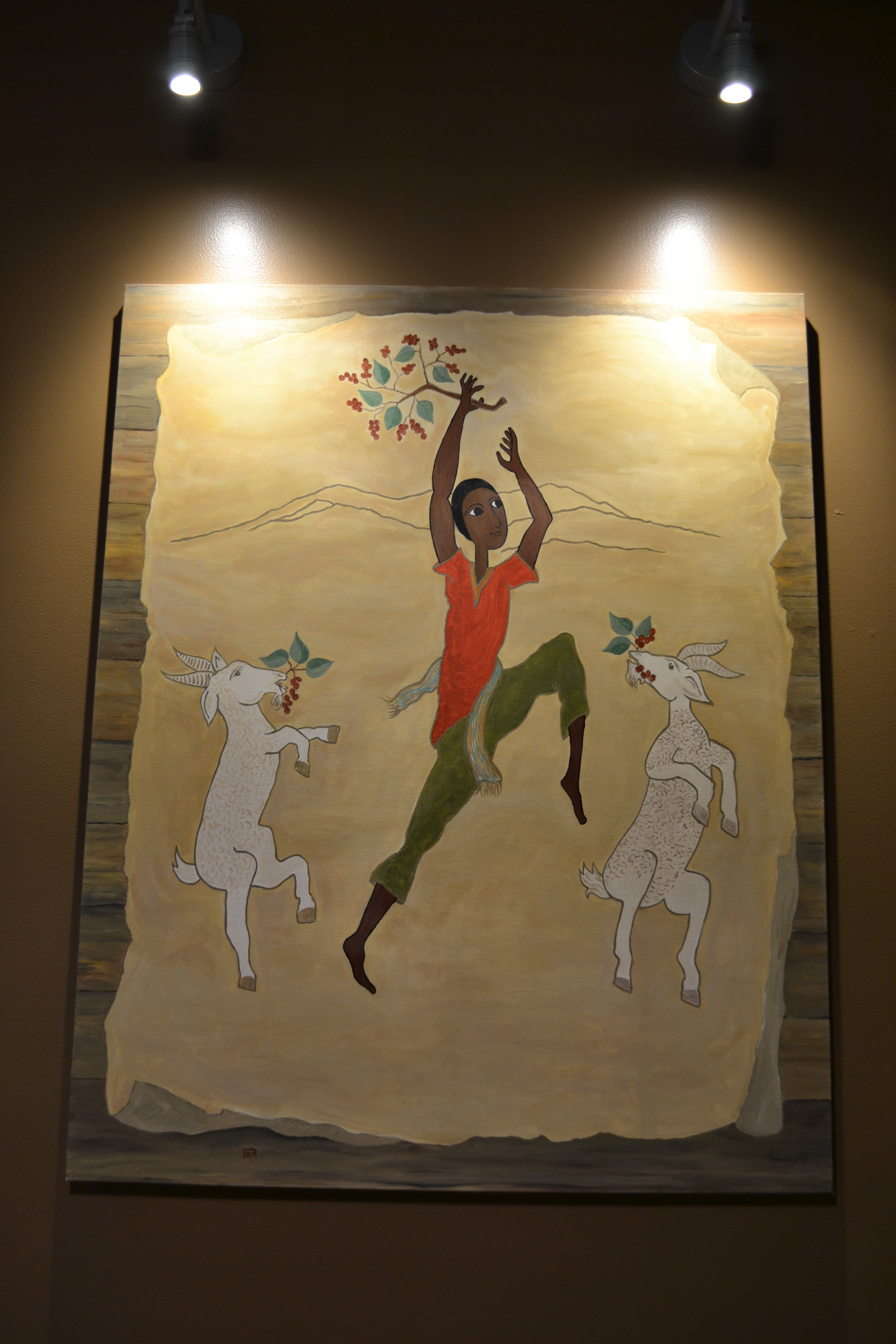 Inside the spacious café hangs artwork from Seattle mosaic artist Yeggy, including a piece illustrating the Tigrinya alphabet and a painting depicting the origin story of coffee. “I would definitely say that my heart lives in Africa…with my people, with the people who roast the coffee we’re using. To give them credit, to shine a light on them, that’s where I find my joy.”

Akin to the coffee shop in Asmara, Boon Boona is not just a space for roasting and drinking coffee

It is an experience. Every Saturday and Sunday on the hour, between 12 and 5 p.m., Efrem brings the traditional Eritrean coffee ceremony that he grew up watching his mom carry out, to the Renton community. “The espresso machine has been around for about a hundred years. The jebena, the clay pot that we’ve been brewing it, has been around for a thousand years. So you get two different perspectives. It’s still the same bean, but it’s a different approach to it. It’s a coffee experience versus just a coffee shop.”

“What I love the most about what I do, and where I’m heading now, is really focusing on the side of origin and how we source…and really building relationships in Africa. We’re currently sourcing coffee from Burundi, from Ethiopia, from Kenya, from Rwanda, from Congo, all these incredible places and we want to do a lot more so that they can stay in business for a longer future,” says Efrem. “Our hope is that I can focus more on building relationships with these farmers and help build a sustainable lifestyle for them and their crops as well.”

At home in the Puget Sound, Efrem makes an impact on his community by hiring a staff 90% from Renton, using local contractors and vendors and providing a venue for artists and musicians. He also partners with local schools to provide opportunities for students. Through a partnership with Equal Opportunity Schools, Efrem taught students of color how to roast and prepare an exclusive coffee they then gifted to principals, superintendents and other leaders in the school district.

That same community mentality and encouragement has been returned to Boon Boona. “We’ve had a tremendous amount of support,” concludes Efrem.

Business Impact NW acknowledged Efrem’s community impact during our 2018 Impact Pitch Showcase and Competition where he won a $2,000 prize for the Community of Color Award. “The opportunity to win, it really meant a lot. It was a surprise to us, and it really helped us with the buildout,” exclaims Efrem.