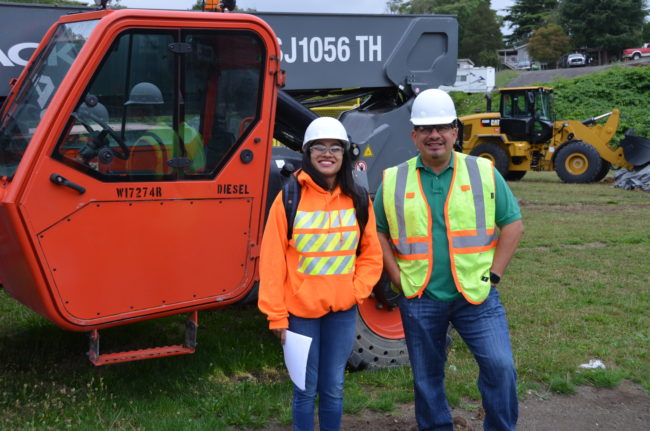 Jimmy Matta is the owner of Ahora Construction and The City of Burien’s first Latin American Mayor. We sat down with him to talk about the challenges of 2020, where he gets his drive from, and what he’s most proud of accomplishing as mayor to make him this week’s spotlight small business.

Mayor Jimmy Matta is a busy man. He is a community leader, a small-business owner, a mentor, an arbiter for social equity, and a father. This list only scratches the surface.

So much responsibility requires the Zen-like tenacity of an ultra-marathon runner – which Mr. Matta certainly has, in addition to a compassionate, dedicated mentality, and motivation to his work.

This adage is at the core of every move he’s made. From becoming the one of the youngest Carpenters’ Union representative in the country at the age of 22; to being elected as the City of Burien’s first Latin American Mayor in 2018.

Over the past several months, his many roles have overlapped, morphed, and become increasingly more intricate within the context of the current moment. It’s exhausting work at times, he says. But his positivity is endless – “Every day is a new day.”

Lessons in Leadership During a Pandemic

Jimmy thought 2020 would be the most profitable year yet for Ahora Construction, the construction company he started in 2016 with a small business loan from Business Impact NW, but the pandemic had other plans. COVID-19 and the accompanying economic slowdown has thrown him hurdle after financial hurdle. Since the required shutdowns this spring, he has had to close down operations in his business periodically for possible COVID outbreaks on his crew.

Despite the ups and downs, Matta and his crew weather the storm well. They were just awarded the Class 2 Leadership Award from the Northwest Minority Supplier Development Council for delivering excellence in performance and value to public and private sector customers in 2019. 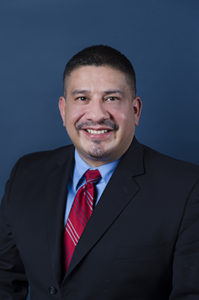 As a city leader, Mayor Matta faces all the same challenges he has as a business owner – only augmented. He answers to Burien’s small business community and is responsible for the south sound city’s overall safety and success.

In the nearly three years since he first took office (he is currently ten months into his second term), Matta has accomplished many of his objectives; namely, making Burien a safer and more inclusive place.

In conjunction with the decrease in crime, the city has seen an increase in cultural diversity. Recently dubbed a “foodie paradise,” Burien has seen numerous restaurants open over the past two years. Downtown Burien now touts itself as fertile ground for entrepreneurs — a more cost-effective place for Seattleites to grow new businesses, with all the same perks of the big city. 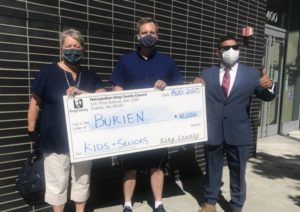 Since the pandemic started, Mayor Matta and his city council have put education at the top of the City of Burien’s priority list, allocating much of the CARES Act funding to things like childcare provision and expanding free internet access for virtual schooling.

It’s a hard time to be a leader in any capacity, Matta recognizes.“No one has answers,” he says. “No one wants to do the wrong thing.”

But in his book, acting from a place of love is what keeps his community moving forward. “You have to give positive to get positive,” states Jimmy, as he moves forward – determined to lead his community through the current landscape and beyond.

1 thought on “Jimmy Matta Teaches Lessons on Leading with Love”