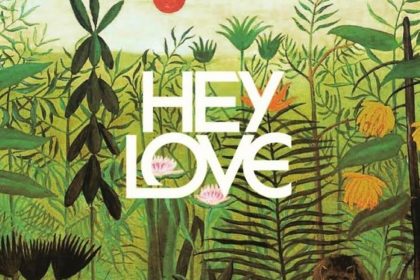 Before the civil rights era, over half the country had ordinances prohibiting women from working as bartenders (Supercall)

Today over 60% of bartenders are women, and while the number of women owning and running bars is still marginal, they are out there and they are making a difference. Sophie Thompson is one such owner whose cocktail lounge, Hey Love harkens back to the culture and history of the mid-1960s.

The dream of opening Hey Love started six years ago when Sophie was camping with a group of friends along the Oregon Coast. Her friend Aaron Hall, who she met at the dorms in college and worked alongside at Aaron’s bar Dig a Pony in Portland, initially pitched Sophie on the idea. For many people, the idea of opening a bar with your friends would seem like a pipe dream, but for Sophie and Aaron, the dream was not only attainable, it was destined to succeed. With help from a team of friends accomplished in local bartending, design, construction and music scenes, Sophie and co-owners Aaron, Emily Mistell and Nicholas Musso opened the doors to Hey Love on October 12, 2018.

“We knew we wanted it to be a love letter to Portland,” said Sophie

The bar’s namesake also comes from the 1966 Stevie Wonder song, which begins “Hey love, may I have a word with you? I’d like to tell you, yeah, just what I’ve been going through.” The opening lines of the song evoke the type of space that Sophie wanted to create. “Restaurants are such public spaces that we don’t know what kind of day people had before they came in. It could be their birthday or their anniversary, or they might have also had a really terrible day and gotten bad news, or gotten in a fight, or whatever it is. They kind of come to you in all these different states and it’s your job to just really take care of them and offer them that space and that time to relax.”

The lounge’s mid-‘60s roots also inspired the bar’s interior design and inclusive business practices. Sophie explained that in 1965, there was a cultural shift when the occurrence of women patronizing and working in bars became more acceptable: “We got excited about this time when that gender shift happened. Also, there was so much great fashion and great music, so 1965 became our inspiration banner year,” she added. Additionally, “we knew we wanted to offer something to the community. We knew we wanted to create a space where people really wanted to come to work and really liked being around each other. We knew we wanted a predominantly female, POC and queer staff because most bars and restaurants in Portland are still very white, male-dominated and that can be really great, but we wanted to offer something different.”

While Sophie, Aaron and their friends had the ethos and aesthetics of Hey Love dialed in, finding the resources to launch the business was whole other ball game

“When you said it takes a village [to start a business], it really resonated, because it totally does,” she said. “We worked with so many people to pull off this project. We probably pulled in every single friend and every neighbor and every ounce of good will that we had stored up in this town and really put it to work.” Sophie said at least 50 people came together to help get this idea off the ground.

Given how community-centered the Hey Love project has been from conception to launch, she appreciated the focus her lender Business Impact NW placed on people, as well as the access it provided to capital. “It didn’t feel possible to go through a traditional bank. None of us have a ton of assets to put on the line for something like that. None of us come from wealthy families,” she added. “The loan from Business Impact NW was so invaluable. That’s how we purchased most of our kitchen equipment, and you can’t have a restaurant without that. So that was a really big deal for us.”

Another big deal for the flourishing business is the employment opportunities they’ve created in Portland. “It’s really meaningful to create job opportunities for people,” said Sophie in answer to her favorite aspects of business ownership. “We have about 40 people on staff now. So creating a space where we can offer 40 people a living wage, feels really good.”

Hey Love is located on 920 East Burnside in the heart of Portland’s east side. Watch as Hey Love continues to grow and stay tuned for special community events on Facebook and Instagram @heylovepdx. Also, be sure to keep Sophie’s advice in mind: “If you have the opportunity to go into business with your best friends, I highly recommend it.”

“I’m enormously proud and so grateful to have this opportunity to do this, with this group of people at this time and in this place,” she concluded.