Founding Owner of HeartBeet Monika Kinsman approached Business Impact NW when she needed to move her food business from its original location in Seattle’s Roosevelt neighborhood to Queen Anne. Many businesses on her former 65th Street location had already moved when the city converted parking spaces into a bike lane, which led to a 50% loss in sales for her business.

HeartBeet’s tagline is “real food that loves you back,” and it is one of Seattle’s first plant-based plant restaurants that was originally inspired by the raw foods movement. Its menu is vegan and gluten-free, providing nutritionally dense foods sought by health-conscious patrons and customers dealing with auto-immune diseases, cancer, diabetes and other major health challenges. Business Impact NW sat down with Monika to hear about the trials and tribulations of restaurant ownership and her experience working with Business Impact NW.

How has your experience been working with Sunil Nair and the lending team at Business Impact NW?

“Sunil was amazing and very responsive. He could tell from just our interactions that it was pretty urgent that we move because our lease was coming to an end and my landlord was demanding us to sign a new five-year lease or go and because of the change in parking I couldn’t sign a new five-year lease. There was no way that we could sustain ourselves with the situation there. So then it came to okay well we’ve got to move.”

Since changing locations, has the community you served changed?

“The demographics don’t seem very different to me up here than they were in Roosevelt, but I will say there’s a lot more locals coming here, versus my other location, which was right off I-5. Before we would get a lot of people from other neighborhoods and even cities like Bellevue and Kirkland coming for dinner or what not. I haven’t seen as many people coming from other places, as much as I’ve met a lot of new Queen Anne neighbors. But a lot of our old customers have found us here at the new location – several hundred have been in three months.”

You mentioned earlier your new location is too small to prepare food. Where is your off-site kitchen?

“It’s called the Seattle Commissary Kitchen and that’s actually another business that I’m involved with as well. I have a business partner and we rent space out to food vendors who don’t have a home base kitchen – so for example, food trucks, catering companies, wholesalers, anybody who has a need to prepare foods for sale that doesn’t have their own space. So we rent space out to different vendors, and HeartBeet is one of our vendors at the kitchen.”

Where did you pick up the business and marketing skills needed to run a business?

“I’ve been working since I was 15 in a full-time capacity. I’ve worked for a lot of different companies when I was younger, including some restaurants. I worked for some different chain restaurants here in Seattle, and that’s when I first started learning about food service in general and getting excited about food. And then I left after I finished my teen years, and I was in tech. I did a lot of work in tech. And then I started getting into some management positions. So I started learning about managing people and projects and things like that.

I also went to school. I have two Master’s Degrees, ones in Organization Development, and then I have a degree in Administration of Justice because I was working in criminal justice for a little while. So that was kind of all before the restaurant, and since then it’s all been hands-on learning at the restaurant and all the other side projects that I do too.”

How has being an entrepreneur in the industry changed you as a person?

“I really value my time when I’m not working now. Family time has become really important for me – to have time to get away from work.

I really enjoy being able to be super creative and use different aspects of who I am. If I want to cook one day, I can do that, or if I want to do marketing, or if I want to do HR, or I want to do payroll or bookkeeping. It’s a very well rounded kind of career to have for me. Because I get to have my hands on so many different things, but at the same time, it’s not necessarily the best way to do things. If we had more money, we would be able to have a person for this or that. I would prefer that, but it is fun and challenging.”

Don’t go about things alone. Get help. If there are areas you’re struggling with, there’s a lot of people out there who are willing to lend their support and their knowledge and help you understand things better or be better at what you’re doing.

There’s a great Meetup called Foodtrepreneurs, which is for food entrepreneurs. That’s a great resource. Joining a commissary kitchen is a good thing for new food businesses, like if you’re doing recipe development or something like that.”

Could you tell me more about the food you make at HeartBeet and how you got started in superfoods? 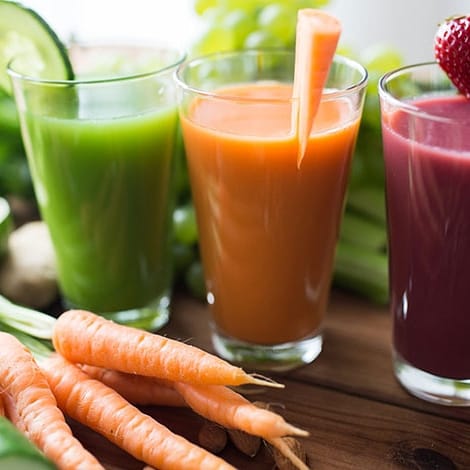 “Yeah, so I’ve been a vegetarian since I was 16, and when I was 24, my mom was diagnosed with lung cancer. And, you know, that’s a very scary thing. My mom’s mom also had lung cancer, and she got so sick from all the treatment of her cancer, chemotherapy and radiation and all that, that she passed away. So when my mom was diagnosed, she said, ‘I don’t want to do that. What else can I do?’

So she started researching and came across this place called Hippocrates Health Institute, which is like a raw foods healing retreat center in West Palm Beach, Florida and she invited me to go there with her and so I went and I started learning all about how food is medicine. And I went onto a raw foods diet for eight months. I lost 60 pounds, and I just started feeling so much better overall, and just tried to eat raw foods when I went to restaurants here in Seattle. I would go into a restaurant and say ‘I just want a raw salad with nothing else on it. Just raw salad, raw vegetables,’ and they would bring me a salad and it would have like, cheese and croutons on it. And then I’d go somewhere else and I would get iceberg lettuce and a tomato. And I’d got to the next place and order a raw salad and I’d get like canned baby corn and canned olives.

In Seattle, we have no shortage of good restaurants. You can go down the street and go to 10 exciting places in any neighborhood and the food tastes really good, but you don’t always leave feeling better in your body, or feeling better about what you ate because most restaurants are cooking with really bad foods. They are putting in a lot of sugar, oil, grease, fried foods and all these different things, processed chemicals because it’s cheaper and people don’t always know, or it’s harder to make food without those things.

And so I wanted to open a restaurant that not only tastes good, but you actually feel better when you eat it. It’s like functional foods. They are functional because they do something for you. Our tagline for HeartBeet is ‘Real food that loves you back.’ Because when you eat something you’re like ‘Oh, I love that. It was so good.’ But, did it love you?

And then, the other part that comes into our mission too is just the convenience factor. So if people want to eat healthy, but they don’t have convenient access to it, they’re not going to eat healthy, right? Or they’ll eat something else.

If you’re in a hurry, and you didn’t eat and you’re hungry, the quality of what you’re willing to put in your body just starts to diminish

So in part, that’s the reason HeartBeet is structured the way it is. It’s a fast, quick serve, casual place. You come in, order at the counter. We make the food as quickly as we can and if you want to sit and take your time eating it, awesome. But if you’re in a hurry, you’ll know that you can come into HeartBeet and remember, ‘Oh, the last time I was there, I got my food after four minutes. And so I have time to stop by.’ Versus like if you go and we take a half hour to serve your food, it’s not convenient and quick.

That was part of why we had to move because it’s in our mission statement that our food is convenient. That’s one of the pieces of our mission. And so when we lost the convenience factor, naturally, we had to move, because it didn’t match what we were creating anymore.” 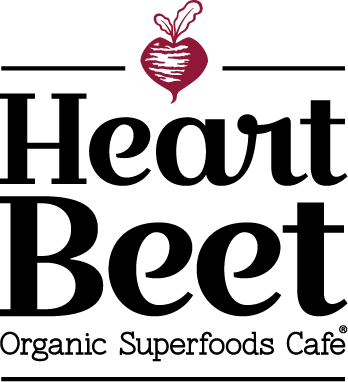