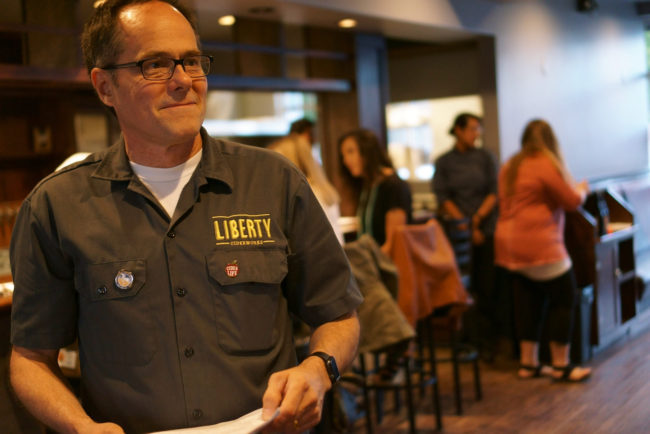 About a decade ago, Rick Hastings was making beer as a hobbyist brewer

Rick’s brother and sister-in-law are both unable to consume gluten because of Celiac’s disease. When they visited Rick and his wife Charlotte, they searched for ciders as an alternative option for their traditional beer and pizza nights. Rick then began dabbling in brewing cider, learning more about it through cider tasting adventures. This was when there were 100 cideries in the US and only a dozen in the region. Intrigued, Rick took classes online and at Washington State University from Peter Mitchell, a cidermaker from the UK. With that foundational knowledge, he connected with Austin Dickey, and in 2013, Rick and Austin started Liberty Ciderworks in Spokane, Washington.

Austin and Rick didn’t have a lot of capital in the beginning. So they got an SBA small business loan through Business Impact NW, which “was instrumental in getting started.” They worked with Roland Chaiton, who was “super helpful,” asked great questions, and showed tremendous enthusiasm for their business.

“Cider is a male-dominated industry, but more and more women are finding their footing. I’m very proud of the fact that two of our active partners are women.” -Rick

Liberty Ciderworks was founded with the goal to utilize the abundant apple varieties in the Palouse region. Also to increase people’s understanding of what cider can be. “Here we are, the apple state, with so few ciders. It seemed like a big disconnect,” stated Rick. Aside from growing the apples, Liberty Ciderworks is involved in every step of  the cider making. For the star ingredient, they partner with Bishops Orchard in Garfield, WA, and Steury Orchards in Potlatch, ID. “Both orchards are located in the Palouse, so the apples express themselves in the cider we make.” Working with these orchards not only adds to Rick’s knowledge of local apple crops, it also brings business to the orchards. “These orchards become a social hub in the fall as people want to try our cider,” Rick went on saying.

Rick loves being able to support the local economy

Partnering with the regional orchards “provides opportunity for high school kids and locals to help with the harvest and sales.” Liberty Ciderworks also partners with the local food-bank. People in the city pick apples from their backyards and orchards in Spokane and then take them to the foodbank. Then the food bank gives them to Liberty Ciderworks. Rick explains, “We get an intensely local cider from that, and we’re able to give back to the foodbank with a portion of the proceeds.”

Future plans for the Spokane cidery include getting more cider on the market. In the next year, they will double the number of farmer’s markets they participate in. They are also working to obtain warehouse space in Seattle and in North Idaho. The Liberty Ciderworks’ sales team will soon be able to distribute cider more widely and more easily.

Liberty Ciderworks has seen their fair share of praise for the cider they’ve created with local apples. They have received gold medals at the Portland International Cider Cup, as well as the Great Lakes International Cider and Perry Competition. “Our cider is making it on the national stage and even getting noticed in the UK. It’s amazing being able to express our little city and show what we can do. We were sought out by people who heard about what we do in little old Spokane with apples from the Palouse. It’s really exciting.”

If you want to get a taste of locally grown, locally made cider, visit the Liberty Ciderworks tap room in downtown Spokane and find their bottled ciders at retailers throughout Washington and Oregon. 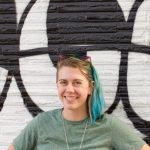