A Memorial Day Statement from Steve Watts-Oelrich, Program Director for the Veterans Business Outreach Center and US Air Force Veteran -

As we observe Memorial Day, it is a good time to reflect on the sacrifice that so many military persons have made for our country. These service members who put their lives on the line, who went before us and still fight today deserve our gratitude and appreciation. It is because of them that we have a democracy and a system of government that provides for great freedom.

So, this Memorial Day, I encourage you to pause and remember these service members. But I ask you to also think of BIPOC, and Women service members: think of the Tuskegee Airmen who flew more than 15,000 individual sorties in Europe and North Africa during WWII. Their achievements (including earning 150 Distinguished Flying Crosses) paved the way for the eventual integration of the US Armed Forces. Think about Rosie the Riveter (based in part on a real-life munitions worker) who was the iconic image on recruiting posters during WWII. If not for all the “Rosies,” support for the war effort would likely have been non-existent. In addition, “Rosie the Riveter” led to an increase in the number of women in the American workforce from 12 million to 20 million.

And, last but not least, think about all of the WACs, or the Women’s Army Corps service members (there were approximately 150,000 during WWII). These brave service members filled many roles during World War II. Some were switchboard operators maintaining effective lines of communications. Others were mechanics who repaired the war machinery, some were bakers and were the first women to serve in the Army aside from nurses.

The Tuskegee Airmen, the Rosies and the WACs all fought against discrimination, slander and had to prove themselves repeatedly in their service to our country. They were invaluable to victory in WWII, opening (slowly) some doors and on this Memorial Day, I plan to include them as I honor all of the service members who went before us. I hope you can do so as well. 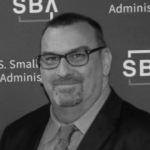 Steve entered the Air Force right out of high school. During his time on active duty, he obtained his B.S. Degree in Workforce Education, Training and Development. After serving 8 years, Steve honorably separated from the military and began law school a short time later. While in law school, he did a legislative externship to assist homeless parents in Washington State and he was elected Student Bar Association Treasurer. Steve got his J.D. from Seattle University School of Law in 1999. Upon passing the bar, Steve went into partnership with a law school classmate and then ultimately went solo. After closing the firm, Steve went to work as a counselor for incarcerated youth. He subsequently worked for some tech companies in a role of recruitment and training.