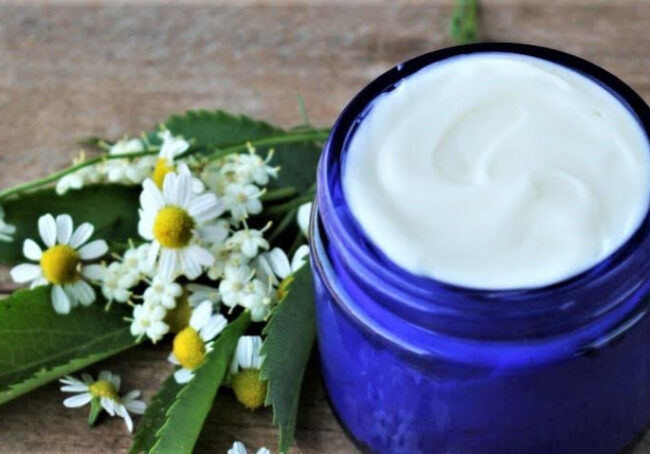 A.L.L. which stands for All-Natural Luxury Lotion is a business created by an experienced entrepreneur, Amber Sward, in April of 2020. Her signature products are all natural, luxurious lotions and face creams.

What sparked this business dream was when she worked in a gym during the pandemic that was deemed essential. This gym provided therapy sessions for patients with Parkinson’s. “Little known fact, exercise is one of the few things that will curve Parkinson’s,” Sward said. 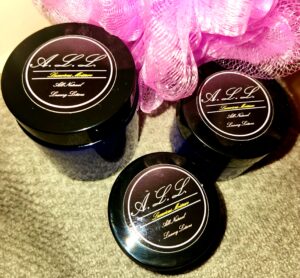 Being in a gym while also serving during a nationwide pandemic, Sward and others had to constantly clean and sterilize equipment. Unfortunately, the products and chemicals that were used for cleaning were damaging

the workers hands to the point of bleeding. They tried every lotion on the market, but nothing worked. The business was also located in Alaska where lotions would eventually run out. Sward figured that lotions were something she should learn how to make herself.

Sward did extensive research on the subject where she found that a lot of businesses on the market would make their lotions with oil and then thicken it up with beeswax. This didn’t seem like the best option for Sward. So through research and trial and error, she came up with a recipe that produced the best results. Her lotion contains coco butter, shea butter, grapeseed oil, and used arrowroot powder to thicken it with a dash of beeswax, using local Alaskan beeswax whenever possible. Finally, she would add essential oil to produce pleasing smells.

Testing out her product

She tested the product on her mother who has not been able to absorb other lotions in her skin, but Sward’s was one that worked for her.

One of Sward’s clients actually came up with name of her business. Her client described Sward’s product as “luxurious” which really stuck with her, so she used it. Originally the business was going to be called Amber’s Luxury Lotion but eventually had it changed to All-Natural Luxury Lotion instead. 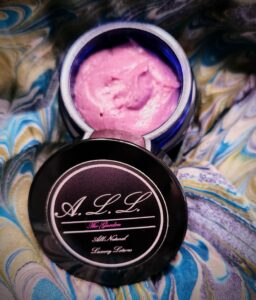 Being an entrepreneur Sward said was a family thing. Sward had spent most of her adult life helping other family members with their businesses. She became handy with marketing and advertising. She had made contributions to at least 20 businesses that are still successful today.

“I finished my last contract with my last job and was like, marketing and advertising is my thing, now I need to find another business to build,” Sward said.

Her mom Sward had a business idea ready to use and knew this was something she had to do.

Business Impact NW has also been a beneficial resource for Sward in terms of guidance and advice. Even though she has experience with helping other businesses, there were things she didn’t know or felt she needed a refresher on. Business Impact NW was able to help her learn about starting her own business.

By the end of the first two years of COVID-19, it became apparent that Sward really needed to watch out for her own income and not be reliant on a brick and mortar store or other businesses because paychecks weren’t always guaranteed. COVID-19 helped her realize that being self reliant was the long term goal.

Sward described the hardest part for beginner entrepreneur’s is taking that first initial step of saying you can do it. “Don’t over think it, just reach out, and remember that everybody and every business started out as a small business,” Sward said. “When you’re talking to other people, no matter what business they own, they started out small too. They know where you’re coming from, and people are way more willing to help you find that next step.”

A.L.L. is participating in this year’s Small Business Saturday event. Sward will be offering a 15% discount to all purchases used with the coupon code IMPACT2022. This discount will be available to be used until December 31st. As Sward says, natural is the way to go.

Why Business Impact NW is Partnering with Intentionalist