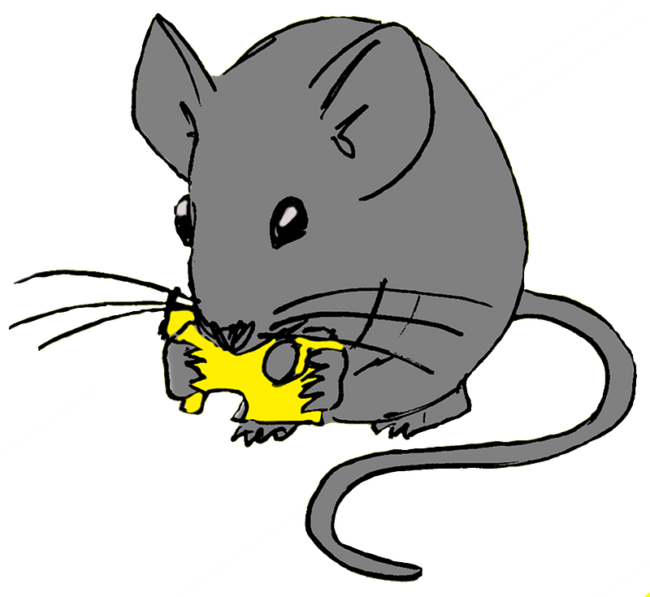 “Who Moved My Cheese” by Dr. Spencer Johnson is a fable that can be applied not only to your business life but to your personal life as well. The story teaches why you shouldn’t fear what lies ahead, and how to succeed by adjusting to change.

I first read this book quite a few years ago, and the lessons are as pertinent today as they were then. As a business and football coach, I have often seen where this story was being played out in real life. Where fear and overthinking things would cause them to never make a move. You have to be flexible, and be cognizant of the current and future trends. There will always be opportunities (new cheese) to be found; you can’t wait for things to come to you and hope things will get better, you have to go get it.

This book is a “moral fable” about two mice (Sniff and Scurry) and two little people (Hem and Haw) who live in a maze, and where they search for cheese. The mice Sniff and Scurry found a large amount of cheese at Station C and ate at it every day. But as they ate, they paid attention to the fact that the cheese was slowly declining. Once they saw that they were about to run out of cheese, they decided to move on in search of more cheese. They found a huge amount of cheese at Station N.

When Hem and Haw found Station C they decided to stay and got comfortable indulging in the cheese every day. Hem’s and Haw’s confidence in knowing that the cheese was always there grew into the arrogance of success. They didn’t notice that the cheese was disappearing and that some parts were becoming moldy. One day they woke up to find that someone had moved their cheese. Instead of venturing out to find cheese, they kept returning to Station C and getting hungrier and weaker.

Hem and Haw woke up every morning hoping to find the cheese at Station C, only to find none. The only thing they could think of was to keep looking around Station C to see if the cheese was gone. Haw noticed that the mice were gone and wondered if they knew something that they didn’t. Hem considered themselves smarter than the mice, and that they should be able to figure this out.

Meanwhile, Sniff and Scurry were constantly moving farther into the Maze. Their only thought was to find some new cheese. They went to an area that they had never been to before: Cheese Station N. There they found a great supply of cheese.

Hem and Haw were still going to Station C looking for cheese and continued to find none, Haw suggested that they run through the maze find cheese. But Hem didn’t want to go running around looking for cheese, because he was safe and comfortable where he was. Haw became tired of waiting for the situation to get better; he overcame his fear of going into the maze to look for cheese.

Having found the courage to overcome his fear to move into the maze, Haw started finding pieces of cheese here and there. Eventually, he discovers the new cheese at Station N and sees that Scurry and Sniff were already there. He realizes that his fears were worse than the actual challenge of moving into the maze.

Haw thought about going back teeth he could find Hem if he can find his way back. But Haw realized that he had already tried to get Hem to change his way of thinking. He had left a trail for Hem, and it’s up to him to find his way out of his comfort zone to find the cheese. The lessons that Haw came to realize were:

Who Moved My Cheese has been labeled by Time Magazine as “the best-selling business book of all time.” It spent five years on the New York Times bestseller list, with over 26 million copies sold. In 2011, it was featured on Time Magazine’s list of the Top 25 Most Influential Business Books.

This is a must-read for people that are set in their ways, and have a fear of change. As a business coach, I have recommended this book to business owners, leaders, and managers. As a football coach, I have made this a required reading for my assistant coaches. The primary message to take from this book is to understand that you are the biggest obstacle to change, and that change is an essential ingredient for success. But no matter what KEEP MOVING FORWARD! Here is a quote that covers things nicely:

“Even if you are on the right track, if you are just sitting there, someone will pass you.”

Boots to Business Trainer and Coach at Business Impact NW

Ron "Cat" Mason is the Veteran Business Outreach Center (VBOC) Representative for Anchorage, AK, the Founder and CEO of CM&A Consulting, LLC which provides comprehensive high-quality business coaching to entrepreneurs, and a Certified SCORE Mentor. Mason is a retired United States Air Force veteran with a Bachelor of Science Degree in Technical Management, with an emphasis in sales and marketing. He also has two Associates of Science (AS) degrees in Aircrew Operations and Information Systems Technology. Mason is a Lifetime Member of the Sigma Beta Delta Honors Society, and an Honorary Commander (Emeritus) of the 732nd Logistical Group on Joint Base Elmendorf Richardson (JBER) Alaska. He is a Lifetime Member of the Veterans of Foreign Wars (VFW) and has been an active member - in good standing- of the Anchorage Chamber of Commerce and its Military Committee since 2002. Mason is a also National Federation of High School (NFHS) certified football coach, and has been coaching in the Anchorage School District since 2007.