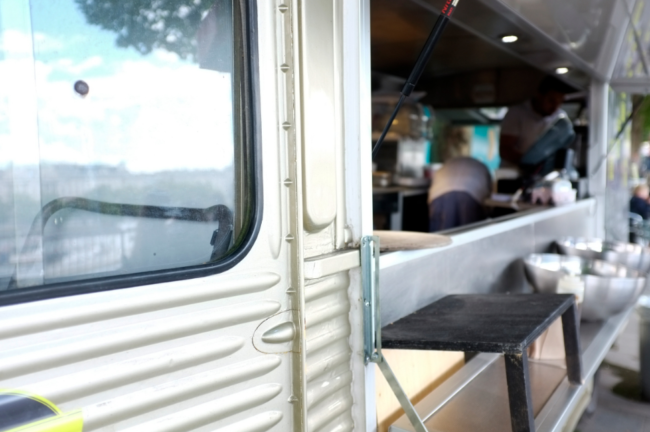 Seen from the outside, two feet below the serving windows, the food truck life seems fun and glamorous.

You see the shiny trucks, colorful branding, long lines, friendly staff, delicious food, and smiling customers. The view from the inside, though, can be quite the opposite. As a former food truck owner, I will happily talk for days about the stresses, messes, headaches, and long hours that are intertwined with all of that “fun.” What makes me even happier, though, is when I can impart any wisdom from those experiences to make someone a better business owner.

One such experience still haunts me to this day. It is the dreaded crash I would hear in the back, while driving a fully stocked food truck to a lunch stop. The first thing you have to understand is that nothing that’s installed in the back of a food truck is meant to be in the back of a food truck. You’re taking commercial equipment that is meant for a restaurant, shoving it into the back of a truck, drilling some holes, making some cuts, and then bolting it into the floor. It looks solid but I can assure you, the intense shaking and rattling I heard and felt every time I drove my food truck on even the smoothest of roads said otherwise.

To be honest, in those first couple trips, I was surprised things stayed in place more than a day.

Getting back to the crashing sound from inside the truck, unlike most food trucks, we didn’t have a pass-through opening from the driver’s cab to the back. Thus, the surprises that awaited us from those dreaded crashes would only reveal themselves after we parked, smiled at the line of waiting customers telling them we would be open in a few minutes, and cracked open that back door.

First of all, if we were “lucky,” whatever fell was contained inside the truck and not several miles away on the side of the interstate. Or even somewhere in the parking lot of the previous stop (yes, both have happened)

The surprises we often found were things that had fallen off shelves or counters. Like containers, utensils, sauce bottles, tea brewing baskets, half pans, or sour cream tubs rolling around inside and out of fridges for example. In the earlier days, those surprises included bigger items like cases of Fritos, spilled lexans of prepped food, full cambros of tea, pans of chili, menu boards or window signs. And, yes, even our cash drawer one time, plus other various components of our point-of-sale machine.

It’s an indescribable feeling being on the way to the 2nd of 3 scheduled lunch stops. All in a 2 hour period. It’s an even better feeling hearing a crash driving down the road. Then pulling up to a line of waiting people, and opening the back door to a pan of chili spilled all over the floor. We would do anything to avoid those kinds of nightmares and we prevented them by using checklists. We had checklists for every process and those checklists covered literally everything. Secure this, bungee that, remove this, turn this off, latch this, etc. We had kitchen checklists, pre-stop checklists, post-stop checklists, and everything in between. We had checklists taped beside our speedometer gauge, beside the back door, and on windows.

When something happened, we figured out what list it needed to be on, for it not to happen again. There are so many things to remember on a food truck. When you are staring at a line of hungry customers, you forget things. That’s why it was so critical to have standardized processes and checklists.

There is a second part of the lesson, too

Yes, we defined standard processes and made checklists that we utilized, added to, and adapted. As you can imagine, those checklists grew and grew. The second part, which is just as important, is putting equal time into taking things off of those checklists. We reviewed those checklists regularly to figure out what needed to be done to take things off. That means making time to work on your business not just in it as they say. For example, if a menu board had to be taken up and down before and after every stop, then we looked at how we could just mount it permanently.

To summarize, my advice to you is to create and implement standardized processes and make checklists. More importantly, make sure you’re actually checking off the boxes!

Henry Wong is the Program Director of the Food Business Resource Center (FBRC) at Business Impact NW. He is helping to support current and aspiring food business entrepreneurs in starting and growing their businesses. His past experiences around food include growing up around a family restaurant and operating his own mobile food truck business. In addition, he does consulting for other food truck owners and food business entrepreneurs.

On March 7,  join Henry and the rest of our team at Food Biz Day, a daylong conference and marketplace for food entrepreneurs. Early-bird tickets are on sale through February 16! 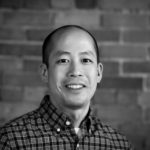 Henry Wong is a graduate of the University of Virginia with a Bachelor of Science in Systems and Information Engineering. Prior to joining the Business Impact NW team, he spent 7 years working in the Strategy group at CarMax developing and implementing inventory and buying strategies. Following his time at CarMax, he spent 3 years running his own mobile food truck business and consulting other mobile food start-ups in Tennessee. After selling his food truck, he moved to Seattle where he worked briefly with a food delivery tech startup. He did contract work for some local nonprofit organizations, including Business Impact NW, before joining the organization full-time. Having grown up around a family-owned restaurant and as a former entrepreneur, Henry understands the unique challenges that small business owners face. He also knows their advantages and the incredible value they can bring. Henry is passionate about leveraging his extensive experiences in strategy and operations to support clients in any stage of their business and strategic planning from concept to growth.