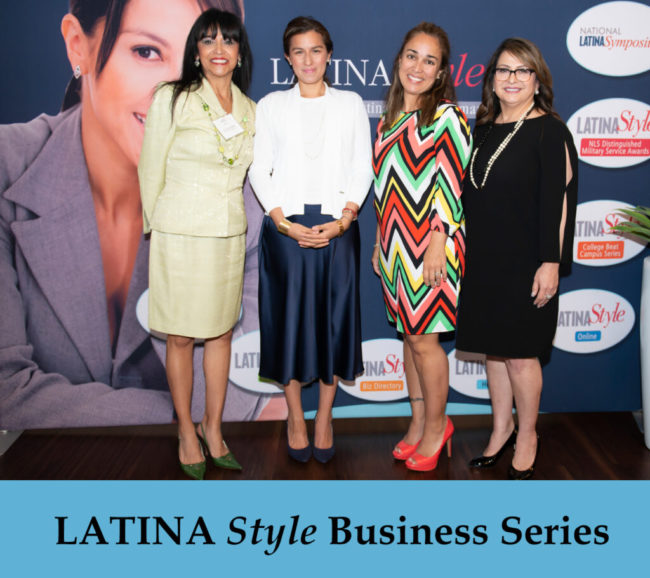 LATINA Style, Inc., the premier company addressing the needs of professional Latinas in the United States, will host the 18th Annual LATINA Style Business Series Tour on Thursday, May 26, 2016, from 7:30 am to 3:30 pm at the Renaissance Seattle Hotel located at 515 Madison St Seattle WA 98104. The award-winning program, sponsored by Nationwide, will honor Adriana Medina, president, and owner of “Fuerte Fitness” with the “Entrepreneur of the Year” award for Seattle, WA.

A fitness industry veteran, Adriana Medina founded her business in 2008 in Wallingford, WA.  Adriana believes that personal fitness isn’t just something you do in the morning, during lunch, or on your way home from work; it’s a way of life. Her own personal journey proves that anyone can embrace fitness at any age and discover a passion that can change their lives and the lives of those around them.  Her personal approach which she carries forward through “Fuerte Fitness” is centered on helping individuals reinvigorate or discover their love of health and fitness through personal training, classes, nutritional guidance, and community outreach.  She also offers cooking classes, hiking, sporting events, and special workshops as well.

Under Adriana’s enthusiastic leadership, her gym has received numerous recognitions such as Wallingford Chamber of Commerce President Awards 2009 and 2010; among others. Adriana holds a B.A. in International Business from Boise State University. She is certified by the International Sports and Science Association (ISSA) and the National Academy of Sports Medicine (NASM). Adriana is also an active, award-winning fitness competitor. She has many notable accomplishments to her name including placing in the top 10 the last three years for the NPC USA’s National Figure Competition and she has been the 1st place award winner in the Oregon Ironman Fitness Competition. A full list of her accomplishments can be found on her webpage at www.fuertefitness.com. “Congratulations to Adriana Medina on being selected “Entrepreneur of the Year” for the Seattle Business Series Conference,” said Dr. Sandra E. Madrid, PhD. “Adriana has utilized her education and passion to be a successful and inspiring Latina business owner.  Her lists of personal accomplishments are vast and she brings her winning competition spirit to her business. She is such a wonderful and inspiring role model for so many. Being selected Entrepreneur of the Year is a testimonial to her hard work and commitment.”

Co-chairing the Business Series are Dr. Sandra E. Madrid, PhD, Special Assistant to the Vice President for Minority Affairs and Vice Provost for Diversity at the University of Washington, and Richard Romero, President and Chief Executive Officer, Seattle Metropolitan Credit Union. The Honorable Edward B. Murray will provide the official welcome remarks during the opening ceremony, and Paula Lamas, anchor and reporter of Univision Seattle, will introduce the Mayor. In addition, Councilmember M. Lorena González will deliver the keynote message during the awards luncheon. As one of two at-large (citywide) representatives and the first Latina/o elected to serve the Seattle City Council, Councilmember González is a nationally-recognized civil rights leader and recently served as legal counsel to Seattle Mayor Ed Murray. Also, the business series is honored to count on the presence of Veronica Quintero, News Reporter at KNDO/KNDU Television, to serve as Mistress of Ceremonies during the awards luncheon.